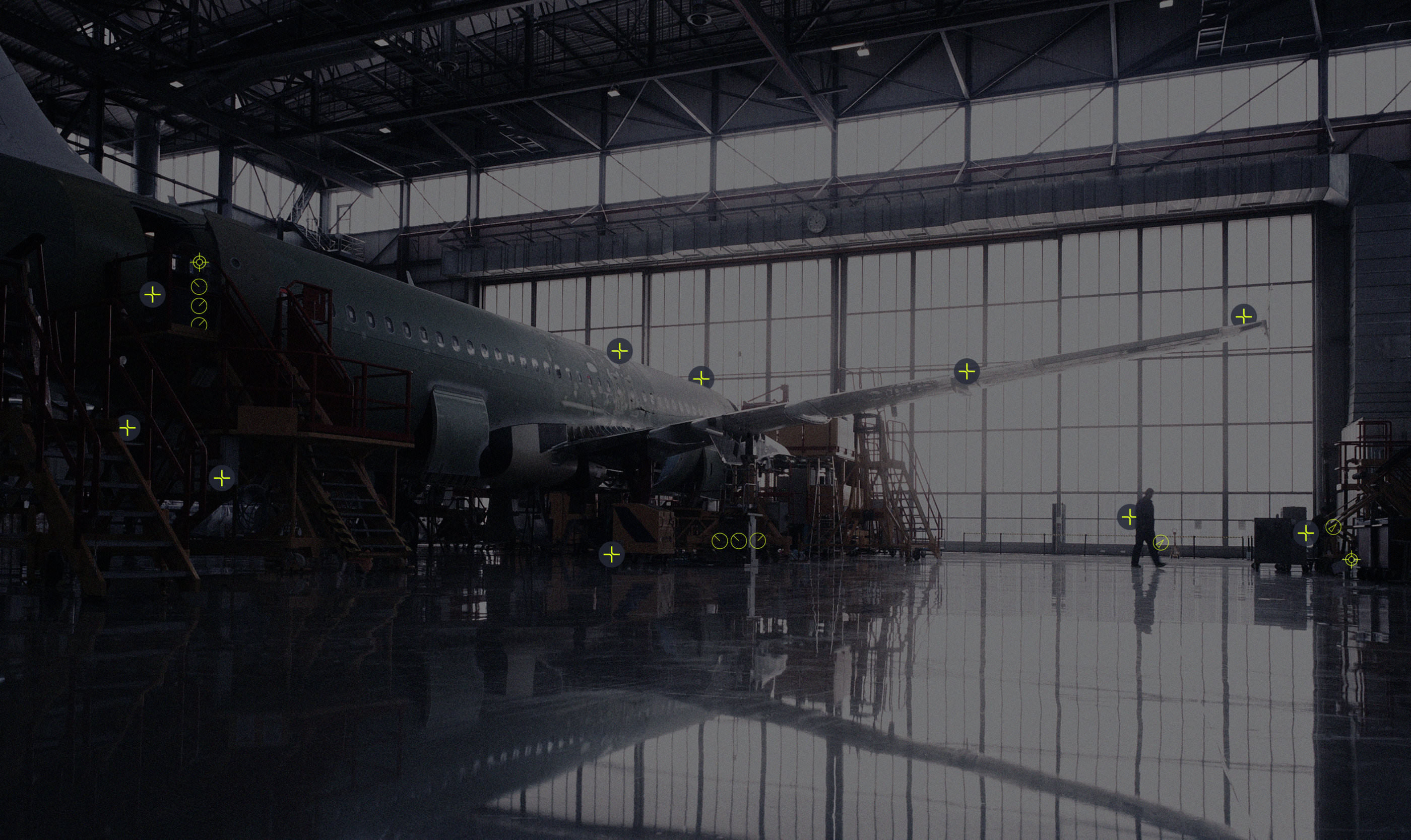 Walking around the beautiful Helsinki, it is possible to encounter different architectural styles - but it would be so nice to know a bit more about the buildings and statues you see. I guess joining a guided tour with a knowledgeable live guide would be best - but close second could be to have additional information, videos and pictures available in AR (augmented reality). Seeing an interesting building through the camera of your smartphone or via AR glasses, historical Helsinki comes alive.

Together with a popular Instagram account @helsinginhistoriaa and the creator behind it, Merilla Laitinen, Immersal has created a small city tour around the neoclassical center of Helsinki, around Senate Square, where we can see what the buildings looked like before, through historical photographs. All you need is a smartphone and Immersal App and you are ready to go!

First, start walking the route presented here on this map and try to stand approximately in the location which each picture here is showing. Then click the link with your phone and it should automatically open the Immersal App and you can see the historical picture.

Scroll down for the Finnish version. In the middle of the Senate square there is a collection of statues, which is hard not to notice. The statue, designed by Johannes Takanen and Walter Runeberg, was unveiled in 1894. The statue depicts Grand Duke Alexander II of Finland at the Helsinki Constituent Assembly in 1863. Alexander II is dressed in the uniform of a Finnish Guard officer. He was considered a good tsar in Finland, and the statue profiled itself as a gathering place for anti-Russian demonstrations during the repressive times of imperial rule.

In the statue collection, Alexander II is surrounded by Law (Lex), Work (Labor), Peace (Pax) and Light (Lux). Of these, Law (Lex) is on the southern edge - the goddess of justice with her lion, equipped with sword and shield. The figures were later interpreted as the Finnish Maiden and the Finnish Lion. On the western edge, i.e. on the side of the university's main building, is Work, i.e. a farming couple with an axe, a sickle and a grain sheaf. On the north side of the cathedral is Peace (Pax), the goddess of peace, surrounded by doves. The Light (Pax) is placed on the east side of the State Council castle. It consists of two figures - a goddess symbolizing the sciences and a cherub symbolizing the arts. 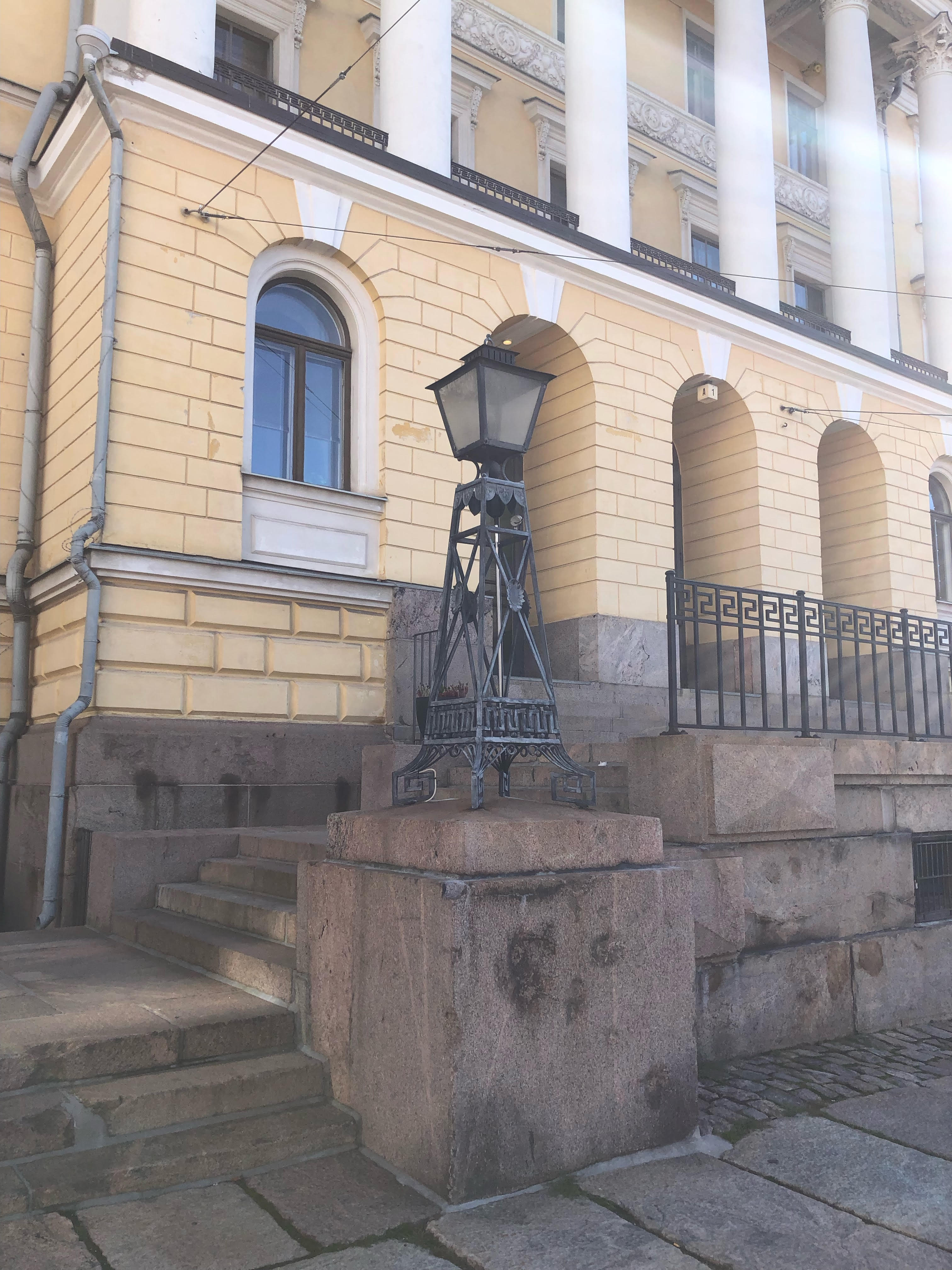 Government Palace on the eastern edge of Senate Square is one of architect Carl Ludvig Engel's monumental buildings around the square. Helsinki had become the capital of Finland in 1812 and the city needed facilities for the central administration. Construction work began in 1818 and the building was completed in 1822. The name was originally Senate House, because the building was made for the Finnish Senate, which met in the house between 1822 and 1918. After this, the name was changed to the current Governmental palace.

Probably Finland's most famous political murder took place in the building, when activist Eugen Schauman fatally shot Governor General Nikolai Bobrikov in 1904. Bobrikov died the following night. A commemorative plaque is attached to the staircase at the place of death.

J. V. Snellman (1806-1881) was an influential fennoman (a member or supporter of a nationalist political movement in 19th-century Finland that wanted to raise Finnish to the national language of the country) who promoted the status of the Finnish language during his lifetime. He received a memorial in Helsinki in 1923. The statue itself was sculpted by Emil Wikström, while the base and surroundings were designed by Eliel Saarinen.

The statue, which was financed with fundraising funds, had already been completed in 1916, but due to the First World War and the Finnish Civil War, the unveiling ceremony of the statue was delayed. However, the monument got to experience the war later - during the heavy bombing of Helsinki in February 1944, the pedestal of the statue was damaged and these traces are still visible today. 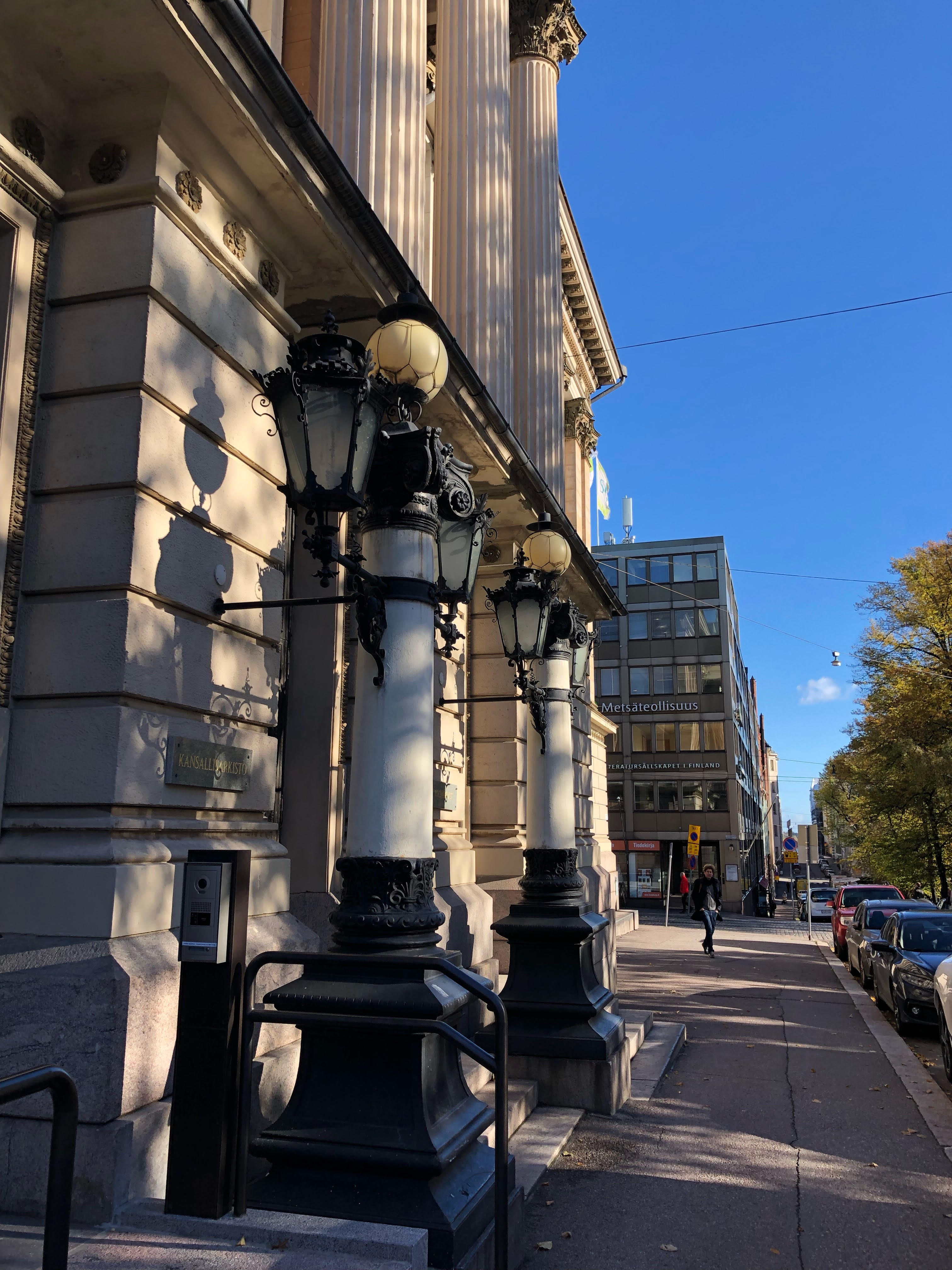 The National Archives of Finland

The building of the main office of the National Archives on Rauhankatu was completed here in 1890, and it was quite a modern archive building for its time. At that time, the archive was still known by its old name Valtionarkisto. The oldest document in the archive is from 1316.

Directly above, on the roof of the National Archives, you can see a sculpture complex formed by three statues. The middle of the statues symbolizes the Finnish Maiden. During the bombings of the Continuation War, the statue was damaged and lost its head. However, the detached head remained intact and could be reattached to the statue later. 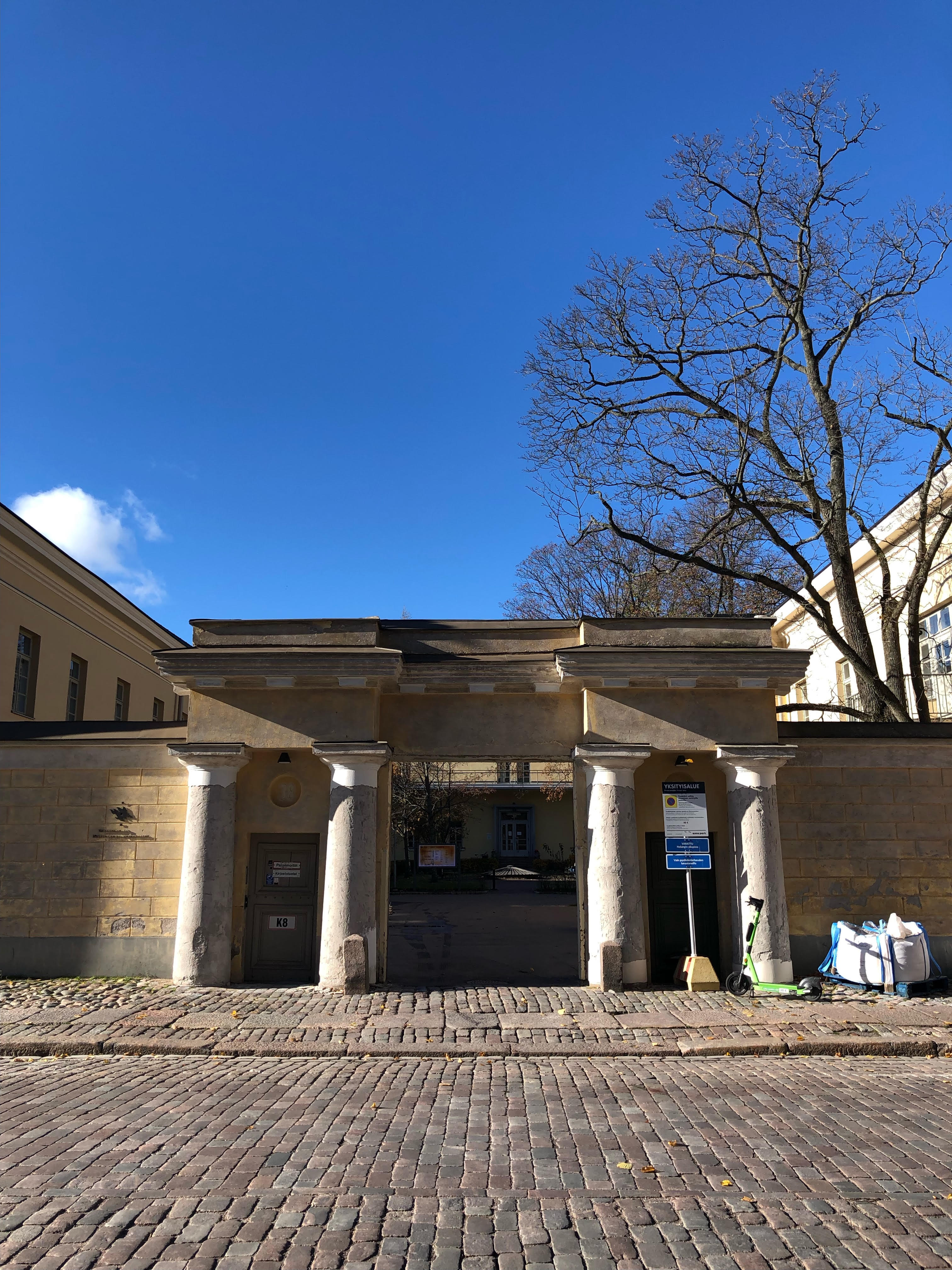 This impressive gate used to lead to the hospital! A hospital operated in the Topelia block for more than 160 years.

Originally, a military boarding school building was completed here on Unioninkatu, where orphan boys were educated for the army. In 1832, a Russian military hospital started operating there. Hospital operations continued even after Finland gained independence, when the university central hospital moved into the buildings. In 1995, the hospital moved out and the premises were renovated for use by the University of Helsinki's Faculty of Humanities, which is also the current user of the block. At the same time, the block was named Topelia after Zachris Topelius, a professor of Finnish history and former rector of the university.

Want to get started?

You can create your own AR experiences with Immersal App